This is a past event. Registration is closed. View other Mercury CX events. 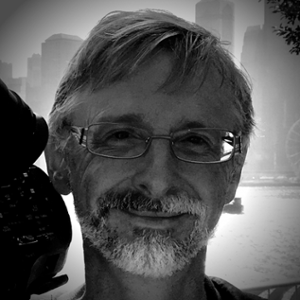 Richard Jasek is a leading screen director whose work straddles both drama and documentary. His television drama credits include City Homicide, McLeod's Daughters, Neighbours, Heartbreak High, Blue Heelers, Stingers, Home & Away, Something in the Air, All Saints and The Secret Life of Us. Richard was also a Producer of the 7 Network’s primetime police drama: City Homicide, and Executive Producer of one of the longest-running serial dramas in the world, Neighbours.

Richard’s passion for arts and sciences is evident in his documentary work, including science biopics Driven to Diffraction (2008), Microbes to Macrobes (2011) and Getting Their Acts Together (ABC, 2020). Richard won an Australian Director’s Guild award for his documentary Making A Mark (Adelaide Film Festival, 2017), which follows a selection of emerging artists as they vie for the inaugural Ramsay Art Prize, valued at $100,000.

This is a past event